It was a tough day out on the trails yesterday. A 6am start was a new experience for us and we’re not sure whether we like it! The new route meant that we could move our way up the field before the single track stuff started so we didn’t get stuck behind slower teams.  After that, though, apart from the ‘Aussie Boys’ and ‘Dad’s (Dodgy) Army’ who we played tag with, we were pretty much on our own. It was a bit lonely, especially in the dark, so checkpoints were a very welcome sight. A 7am start in the past has always meant that we were in amongst other teams, we had targets to aim for, people to joke with, chat with, share the journey. On the other hand, we saw the sun rise over Ohope – a beautiful pink glow in the sky rising to full sunshine and a hazy blur over the ocean as we walked along the beach.

The new course promised to get most of the hills out of the way in the first 50kms, but 1500m of ascent is quite a lot and it was not all over! The remainder of the course included plenty of ups and downs on uneven terrain in the dark on tired legs. But that is Oxfam Trailwalker and that is the challenge!

The weather this year was so much kinder than last year! But it was hot and exposed, especially along the beach and over to the airstrip where there was no shade. This certainly had an impact on us.  As is always the case, we all hit walls of varying sizes at different stages of the walk but we worked together to support each other through the bad patches.  Sadly, Jo had to make the painful and very difficult decision to retire after 65km as she suffered some dizzy spells and we were about to walk into the darkness and into an area with no cell phone coverage and no road access.  So just three of us set off from Rewarau Road, after a tearful goodbye, determined that we would see it through.

Feet covered in blisters – Jo and Shelley had adopted the stylish sandals and socks fashion statement early on to reduce the pressure on toes and heels! – sore hips, knees, calves, shoulders… (we are a set of old crocks!!) we trudged on. Our mantra was “Just keep swimming, just keep swimming…”. One foot in front of the other in the pool of light from our headtorches.   I think at one point Shelley counted a thousand steps to estimate when the next KM marker was, just to focus her mind on something other than the pain! I know I sang the CORE waiata in my head to keep my rhythm and momentum up. Kilometres went by in silence as we focussed on our own battles in our own heads (especially up the hills) and then someone would say something and spark a conversation which kept us going for another few kms.

Our chant as we entered each checkpoint was as much to rally our own spirits as to announce to our support team that we had arrived. We think it also raised other people’s spirits as everyone commented on it.  The line “We are strong and we are keen” was changed after we lost Jo to, “We are running out of steam” as we definitely didn’t feel strong or keen at that point!

We also found it useful to set ourselves a target – there was a danger when Jo had to retire that we would lose momentum as she is such a motivator in our team.  So we focused on a time by which we really wanted to be off the course, worked out if it was realistic given the terrain and the speed we could physically manage at that point, and kept it in mind as each kilometre passed.  We had two targets – an ideal which was probably slightly unrealistic, and a fall back which was more realistic.

It worked. We were buggered but we did it thanks to the good pace we had set when we were a full team of 4 with Jo and the sheer bloody mindedness, determination and just a hint of craziness of the whole team from start to finish. There is no “I” in TEAM, there may be a “ME” but “MATE” is the whole thing. And mates work together, look out for each other, laugh together, cry together, know when to be quiet and when to cajole and when to tell it like it is.

Not sure if we will embark on another Oxfam Trailwalker – between us we have done more than 10 with different people. We make regular donations to Oxfam as monthly donors, so we may bow out and turn to different challenges. It was a gruelling and very emotional 20 hours 54 minutes. A big shout out to our support team, Rob, Nigel and Nathan who kept us fed and watered, put up with the tears, the frustrations and the demands we made of them.  They are as much a part of the success of completing 100km as we are.  A shout out too to the teams who supported us with their banter, encouraging words, kind words, and understanding when they could see we were struggling.

Oxfam Trailwalker is a test of friendship, teamwork, coping with uncertainty, frustration, and digging deep inside yourself to find reserves you didn’t know you had.  But it also brings out the best in people; in times of adversity (and this year was not the first time we have had to deal with adversity on an Oxfam Trailwalk) we learn how to support each other, we give –  not just things, but ourselves, our emotions, our energy, our passion.  I think we left everything out there on the course in Whakatane yesterday, like many other trailwalkers, and we are better people because of it.

Thank you Jo Munn, Shelley Mackay and Paula Klein. I am proud to call you my friends, sisters in arms, fellow adventurers, mischief makers …. 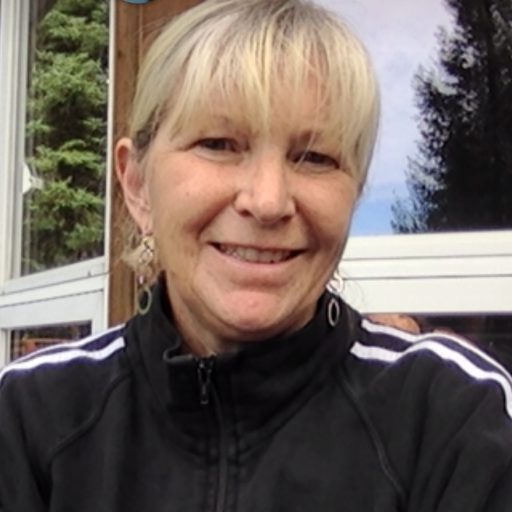